Sat, Feb 19, 2022, 4:37 PM
On February 17, 2022, Higher School of Information Technology and Engineering held a seminar on the topic "Publication strategy of a scientist" for doctoral and master students and university teachers. During the seminar, the following issues were considered: the IMRAD model of the structure of scientific articles, the purpose and objectives of publication, quality criteria for scientific publications, the publication process, evaluation and selection of publications, where and how to publish for free. Sciencedirect, Scopus, and Scival databases - how will these resources help, the timing of publication, the structure of the experimental article, and peer review. Why articles are rejected, how to check indexing in the Scimago Journal & Country Rank (SJR), as well as examples of predatory publications and how not to become a victim of them were shown. The content of the report of PhD, Associate Professor of the Higher School of Information Technology and Engineering Sambetbaeva Madina Aralbaevna aroused great interest of the participants and a desire to learn more about the publication process, evaluation and selection of publications for publication, quality criteria of scientific publications and the best ways to select a journal on the Scopus and Web of Science platform. Sat, Feb 19, 2022, 4:17 PM
February 14 this year an extended meeting of the Public Council of the Anti-Corruption Agency of the Republic of Kazakhstan, a member of which is the Honored Worker of Kazakhstan, Doctor of Law, Professor of the Graduate School of Law of Astana International University Isidor Shamilovich Borchashvili, was held. Members of the Public Council of the Agency got acquainted with the main directions of the recently adopted Anti-Corruption Policy Concept for 2022-2026, discussed the draft Law “On Amendments and Additions to Certain Legislative Acts of the Republic of Kazakhstan on Anti-Corruption Issues”, which is under consideration by the Majilis of the Parliament. During the discussion, members of the Public Council and those invited made a number of specific proposals that were accepted for consideration. 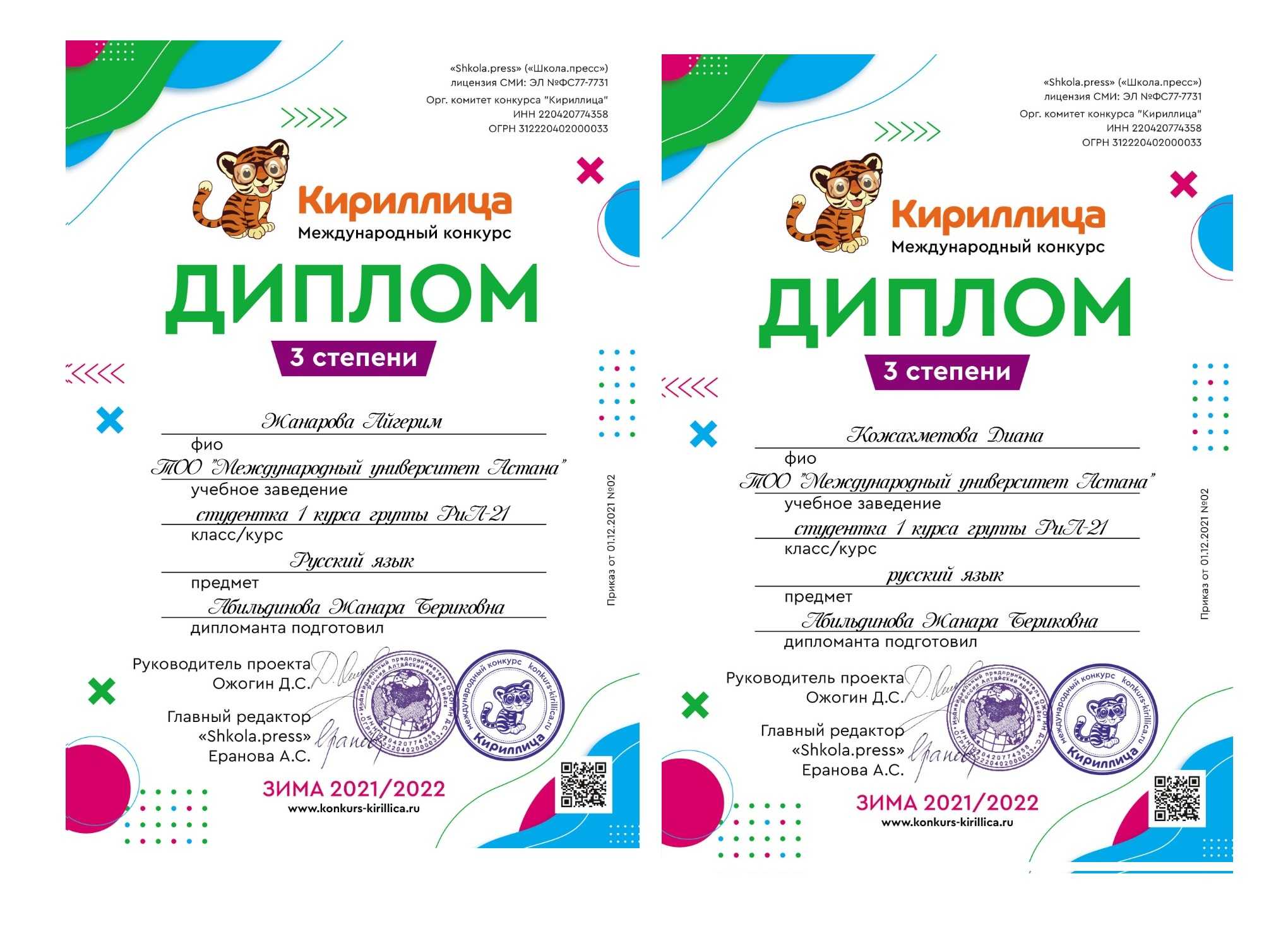 The victory of AIU students in the international Olympiad "Kirillica"

Once again, great news for our university!

AIU students became the winners of the international Olympiad in Russian language and literature "Kirillica", held on the basis of the remote platform "Shkola. press".

According to the results of the competition, the following students of the specialties "Russian language and literature" and "International Law" were awarded diplomas:

We cordially congratulate the winners and participants of the competition "Kirillica"! 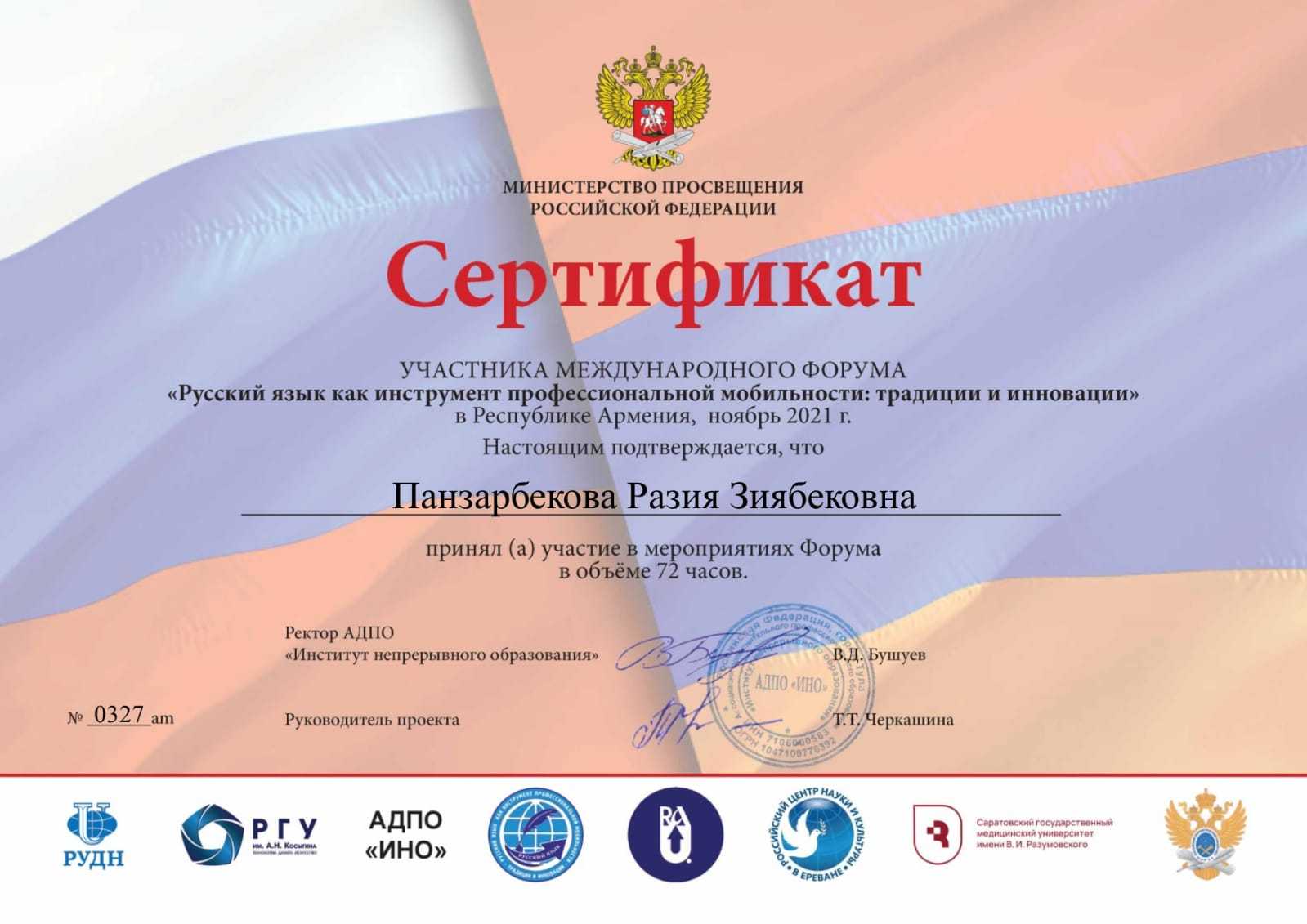